SILICON SLOPES – January 18, 2018 – Today, Parity.org, a non-profit organization focused on bringing gender parity to the highest levels of business, announced that its founder, Cathrin Stickney, will participate on the main stage at the 2018 Silicon Slopes Tech Summit. Josh James, Domo founder and CEO, will interview Stickney about the mission and momentum of the ParityPledge, and how parity in leadership positions helps strengthen tech organizations. This session will take place today at 10am MT at the Salt Palace in Salt Lake City.

“Gender parity at the highest level of corporate leadership helps create stronger organizations, and it’s needed now more than ever,” Stickney said. “In S&P 500 companies last year women only held 5.2 percent of CEO positions and 21.2 percent of board seats. As the tech industry continues to grow and play a significant role in the American economy, it’s critical to have a well-rounded group of leaders at the helm.”

During her session, Stickney will announce the full list of Parity.org’s founding companies. Since launching in September 2017, more than 75 companies have signed the ParityPledgeTM, which asks companies to commit to interviewing at least one qualified woman candidate for every open position, vice president and above, including the C-Suite and the Board.

Forty companies across the state of Utah have taken the ParityPledge, including the entire Silicon Slopes executive board, which consists of the CEOs of Adobe, Banyan, Domo, Entrata, InsideSales.com, Pluralsight, Qualtrics and Vivint Smart Home.

On Thursday during the Summit, Parity.org will also partner with the Women Tech Council to host a networking luncheon for C-Suite leaders across the state of Utah.

“Increasing the number of women in executive roles in tech is a high priority, and one that requires active programs that focus on creating change that drives the right impact,” said Cydni Tetro, president and co-founder of Women Tech Council. “Creating programs that build relationships between the talented women tech executives and CEOs, VCs and board members broaden networks and accelerates getting more qualified women into leadership positions and the community.”

To take the ParityPledge or learn more about how to get involved with Parity.org, visit http://www.Parity.org.

Parity.org is a 501(c)(3) not-for-profit profit organization dedicated to gender parity at the highest ranks of business leadership. Parity.org is assembling a founding advisory board of some of the most recognized men and women leaders in business. You can follow Parity.org on Facebook, LinkedIn and Twitter.

ParityPledge is a trademark of Parity.org. 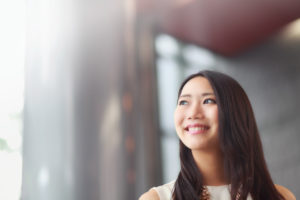 Parity.Org has announced its 2022 ParityLIST celebrating companies with benefits and policies focused on advancing women in the workplace. 43 companies made the list this year. Read more about this year’s list here. 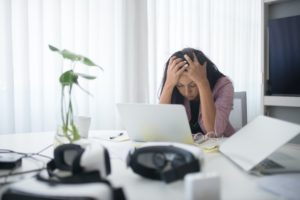 Parity.org founder and CEO Cathrin Stickney explains why Equal Pay Day is even more demoralizing for women of color and why we must hold ourselves accountable for closing the pay gap. Read the entire article 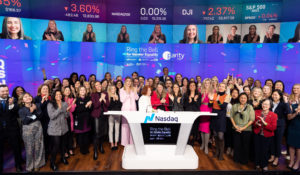 Parity.org rang the Nasdaq Opening Bell on March 8, 2022, to celebrate International Women’s Day. This is the fourth year that Parity.org founder and CEO, Cathrin Stickney, has rung the bell for IWD. This year